I have worked on DeadEye for more than  a year, mostly live on Twitch, together with a great community. When I was working on the game I had a lot of time at hand and was, lets say a bit too optimistic about what I could achieve as a single developer. As I am studying now, I am a lot more limited in the amount of time I can invest in making games. Over the past months I eventually realized that DeadEye is too much to handle by myself, therefore the project is officially abandoned as of now. I disabled any downloads and canceled all game related servers. This page will be left up as a reference for the project. I really appreciate everyone who played the game and gave feedback. This has been the first game that I ever publicized in any way so seeing reactions and even some people making youtube videos has been truly amazing to see, Thank you !

I am working on a new project at the moment that I intent to eventually release on Steam. However I want to be able to get feedback for the game before that, so I figured the best place to do that would be here on itch. Make sure to check out Badlands, a post-apocalyptic survival game on a train. Peace out.

The game does not by any means reflect the given description yet, however my goal is to make DeadEye a truly great survival game. Since I am working by myself development takes a lot of time. Especially visually the game will stay in a very basic state and will mostly make use of placeholder assets for now.

DeadEye has been entirely developed on stream. You can watch me work live on Twitch, Links below.

The game is actively being developed but currently still in pre-alpha. Players can help to shape and improve the game by giving feedback and submitting bugs and errors.

Read the Devblog for more detailed Information on the current Version.

As of v.0.1.4 an Account is needed to play, the only reason for these Accounts is that the Game Servers need to be able to identify you as a unique player. Making an Account only requires an Username and Password, no Email or anything else.

Planned to be released 21st of July. (delayed)

Server Side Refactoring is done. Client Side still needs some work.

I am currently working on refactoring most of the Code that makes up both the Client and Server for DeadEye. This will help to keep the project organized and make it easier to add new content in the future. That process will take some time and effort so an update with new features will be delayed.

Released 14th of May.

If you encounter any bugs please report them here. Try to describe the bug as detailed as possible and attach the output log (DeadEye_Data/output_log.txt).

If you want to talk about the game or share your ideas about new features make sure to join the Server :

I hope you find the time to revisit this game in the future! It looks awesome!

HOW DO I WORK THIS!!

You should get servers

this game looks good (Srry for my bad english , i are brazilian) , i know that have a test server but , are a good idea making a "private server" , using ip

or making a tutorial.
this game will be on the future one of the best games ever 2019

PLEASE GET THE SERVER UP!!! THIS GAME LOOKS SUPER AWESOME!!!

Please get the server up im really anxious to play this asap :-)

can u add some servers

I like this game keep up the good work.

You need to add more servers or add more things and not make it always night...

no severs to join rip

can i get your gmail?

it doesnt seem to let me create an account

coz the name is taken :)

I assume that you are stuck on the connecting to server screen. That usually has to do with networking issues, I am afraid I can't do anything about that as of right now. I will look into the problem and try to fix it with the next update !

We did a video.

Sorry about that, test server crashes from time to time. It should be up now though.

Hi! I loved the idea of the game, it is precisely what i was looking for, but i have a problem: there is no server in the server list so i can´t play. Could you please  help me?

I just restarted the Server, should be up now. The Server tends to crash every 5-6 days for some reason; still investigating why exactly. Thank you for trying out the game, still a long way to go, but we'll get there !

uummm just putting it out there there is no servers to click on so how do i play?

dude can you do some update for this game?server is doing fine but need some more options for gameplay ,do more work on this game and put it on steam app, i promise your game going to be on the top 20 free games on steam, keep up the good work!

Thank you very much, I appreciate the kind words ! I am currently working on fixing some code, it's a boring and long process, but ultimately I think it will help the project. Adding more gameplay and stuff to do is my number one priority after I'm done with refactoring. Thank you for trying out the game and giving me some feedback, means a lot !

Thank you Twinsy, really appreciate that !

Much Love my friend

Who wants to play?

I haven't played your game yet, it's downloading but i'd like to help you improve it.

EDIT : it's downloaded now and i've logged in. i see only 1 test server. You need to get more servers :P

Thank you, very much appreciate that !

There really isn't a lot of people playing the game currently so that one Server has worked out fairly fine so far. Server Stability is also really bad, so I am already struggling to keep that one Server up lol

How many people are working on this game?

Have you made other multiplayer games before?

Well, you should try making small games first (by small games, i don't mean 2D or 'small' games).Try singleplayer games first. Ask other devs/programmers to play your game. If they're interested or wanna add more to the game , get their help too. constantly keep searching for what's new/trending in survival games. the main thing is your audience. Don't perform in an empty hall. Advertise your game as much as possible. that's all i gotta say. :D

why is not servers

The Server crashes sometimes, I will restart it right now.

where are the servers ma boi?

I havent downloaded the game, is this game have local multiplayer?

It's Online, there is a Test Server that you can play on. 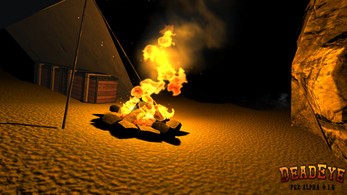 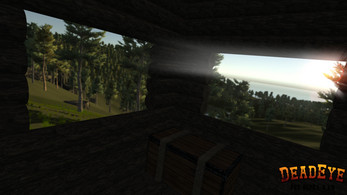